A partnership that renews over time

Lomagna – Maggio 2018  – Renewing a partnership that has lasted ten years, Ospedale San Raffaele, a showcase of Lombard and Italian healthcare, has once again chosen Intergen for the supply and long-term maintenance of the new 4.5 MW electricity cogeneration engine, integrating the existing trigeneration plant in 2018, which already includes three 3.9 MW electricity units, supplied at the time by INTERGEN. Thanks to the addition of this new motor, as of next October the hospital’s Thermal Power Plant will provide part of the hot water necessary for district heating of the Milano2 neighbourhood in Segrate, adjacent to the hospital area.

Starting in 2008 Intergen has progressively supplied, installed and assisted three cogeneration engines each with an electrical power of 3.9 MW and thermal power of 4.4 MW fuelled by natural gas which provide electricity, hot water and water at 90°. The three engines are included in the hospital’s Thermal Power Plant, which operates in trigeneration mode, supplying electricity and heat utilities (in the form of steam at 12 bar, hot water and cold water). In addition to the cogeneration subsystem, the Thermal Power Plant also includes traditional boilers, a heat pump and absorption and compression cooling units. The boilers operate in integration and reserve mode.

With this equipment, the trigeneration Plant, which operates in parallel with the public electricity distribution network, is able to meet all the energy needs of the hospital. The electricity produced is used by the utilities, both civil, and diagnostic and therapeutic. The thermal energy is used to provide steam for humidification in the air treatment units and for sterilisation and kitchen uses, hot water for the heating circuit and sanitary use, cool energy in the form of chilled water for summer air conditioning.

During these three years the engines have run more than 8,200 hours/year on average and INTERGEN has handled the routine and unscheduled maintenance activities, including the first overall overhaul operation, called “E70”.

The new agreement between INTERGEN and Ospedale San Raffaele includes:

In relation to the last point it is significant that the Plant renews its environmental declaration every three years pursuant to the EC regulation 1221 2009. Specifically nitrogen oxides, i.e. NOx + NH3 should be equal to or less than 75/mg/Nm3 of NOx + 5mg/Nm3 of NH3 and carbon monoxide, equal to or less than 100mg/Nm3. Both cases refer to dry gases in normal conditions and a 5% percentage of free O2 in the fumes.

“The creation of the new wing dedicated to the surgical centre and hospital emergencies, already being built, and connection to the Milano2 district heating network require a major upgrade of the power plant. INTERGEN has been working with us for more than 10 years, ensuring an assistance and maintenance service for the cogeneration engines, fundamental for guaranteeing efficient operation of our plant. Over the years a relationship of trust and reciprocal knowledge has developed, which is priceless capital to protect,” stated Alberto Negri – technical director of the San Raffaele Power Plant. “For this reason we are satisfied that Intergen will being working with us on the new engine as well.”

“This contract makes us very proud, it proves our ability to assist customers in a long-term partnership relationship, confirmed Roberto Barbieri – Intergen’s proposal manager.  In addition to technical and engineering ability, the cogeneration sector requires constant collaboration, working together and assistance to ensure operation at the maximum performance possible of the systems, for the entire useful life of the plant.” 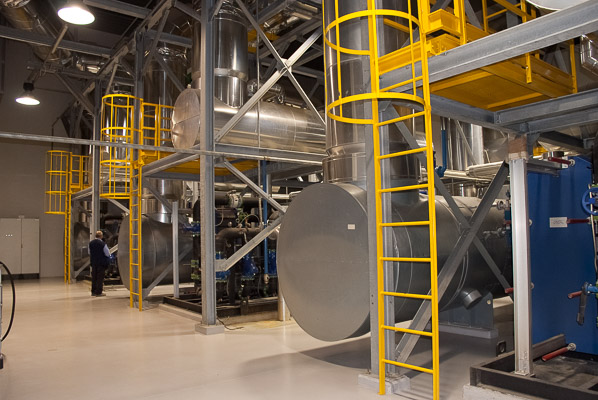